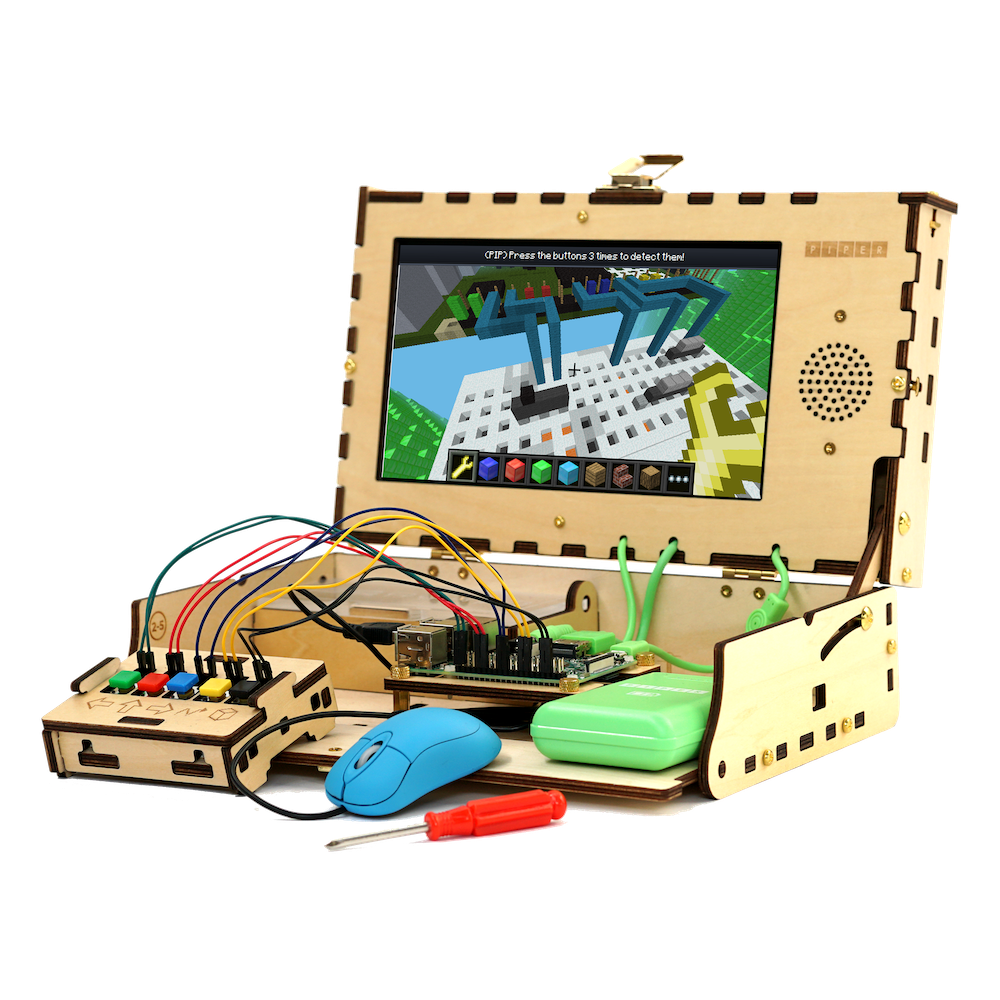 (Note: You must have completed Mars and Cheeseteroid before unlocking Treasure Hunt.)

Help Piperbot find the Golden Wrench. Piperbot will need to find a series of clues from info boxes which will eventually lead to a crafting table. Once there, Piperbot will wire an LED to a small breadboard and Pi. The LED has been coded as a “treasure detector”. (Note: When Piperbot gets closer to the X, marking the hidden Golden Wrench, the LED will flash increasingly faster. Good luck!)

In this level, you will build upon your knowledge of currents and circuits from previous missions. After connecting the wires to the LED, there is an electric current flowing from the Raspberry Pi through the Light Emitting Diode (LED), which sends a virtual message (OUTPUT) to the player. (Note: The light will flash when it's near the treasure.)

In this project, the crafting table is hidden and you must follow the instructions at the top of your screen to find it. Find the castle and click on the blue info. block inside. The instructions will lead you to find the largest tree by the pyramid where you will enter. Break the crystal above the teal blocks to highlight the passageway to the crafting table.

Once you have found the crafting table, the PipingMode instructions will show you how to build your LED circuit. Find the small breadboard from your storage box (see image below), an LED and two wires. Use GPIO pins 12,10. 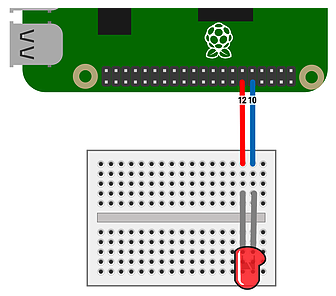 Once the LED circuit is functioning, the software will jump you back in to the game. Your LED will blink faster the closer you get to the treasure! Find the treasure by digging where you see the "X."

The instructions note to break the crystal which is located above the teal blue blocks. When building your circuit, the LED output has been coded to work regardless of polarity (notice that the LED has a short lead and a long lead). (Note: The LED can be put in either way and should work. Bent LED leads may be an issue.)