Use the picture below to answer questions 1-4: 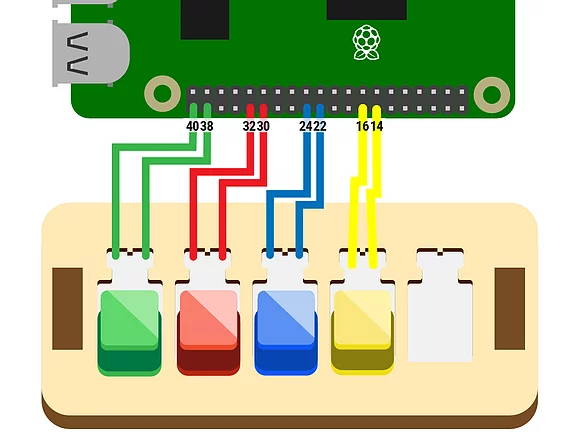 5. When a control button is pressed the circuit is ___, allowing current to flow through the wires.

C. Both open and closed

D. Neither open or closed

6. In the circuits created for the control buttons, energy was transferred from the __ through the ____ to the ___ and back to the Raspberry Pi.

7. When two wires connected to GPIO pins were touched together, why did you move you forward?

A. The circuit was closed and electric current is flowing through both pins.

B. The circuit was open and electric current is flowing through both pins.

C. The circuit was closed and electric current is flowing through one pin.

D. The circuit was open and electric current is flowing through one pin.

8. Which of these best describes the jumper wires used in your circuits?

A. Jumper wires are made of a substance that prevents electricity from jumping from one place to another.

C. Jumper wires are made of a metal internal substance that conducts electricity and a protective insulator cover that does not.

D. Jumper wires are what mice use to play jump rope.

1. Which of these is classified as an output?

2. Which of these is an input?

3. What is the relationship between switches and buttons?

4. Which of these best describes what occurs with the electrical current flow when switches are turned on and off?

5. Which of these statements is FALSE about the control of electricity for buttons and switches?

6. Why do we need two wires per component connected on the breadboard?

7. Which of these best describes how the game knows a switch or button is pressed?

1. Buttons and switches can be used on all types of electric and electronic devices, no matter the size.

2. Which of these statements is FALSE about polarity?

3. In this picture of an LED, which "leg" is the negative pole? 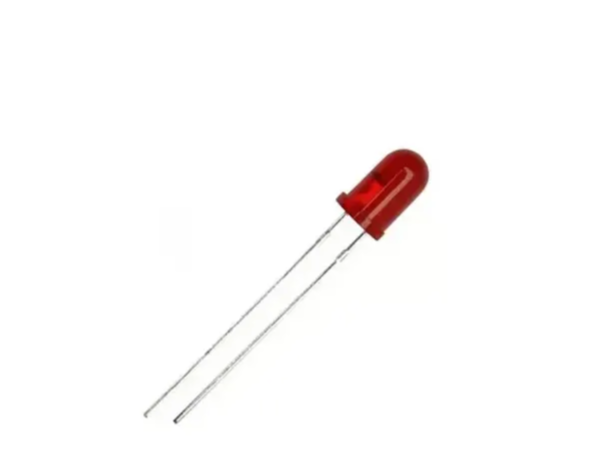 4. Which of these statements is FALSE about piezo buzzer?

5. In this circuit diagram, match the component number to the correct letter. 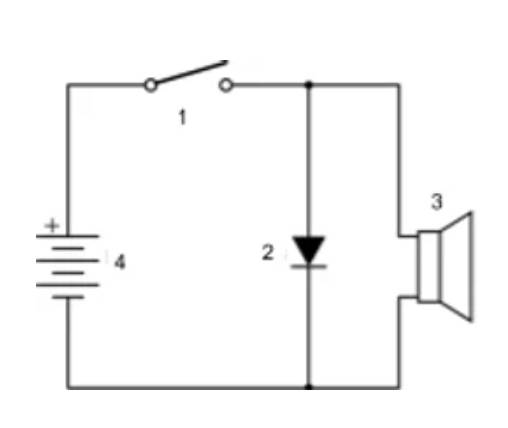 6. Which of these is TRUE about the circuit diagram above? (See diagram in question 5)

7. In the Power Plant StoryMode level, Kinetic energy from the falling water is transformed by the generator into electrical energy and stored in the battery.

1. When one wire is disconnected in a __ circuit, all of the components will not function.

2. Which of these is FALSE for a parallel circuit?

3. Identify the components in this circuit diagram.

4. What are the tiny (subatomic) particles that are flowing through a circuit called?

5. Annie made several circuit diagrams while designing her invention. In which circuit will the LED light shine?

6. Josh is helping hang a string of LED lights for a school party. On the box it says the lights are in a parallel circuit. Which of these statements is TRUE about the lights?